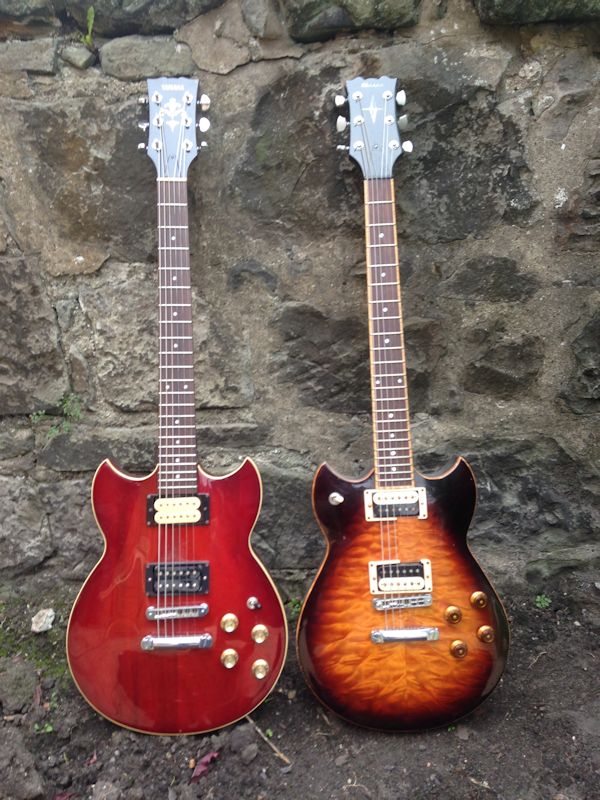 Lord I’m coming home to you, so sang the great Lynyrd Skynyrd, (pronounced and spelt Lynyrd Skynyrd, although if you do a spell check it reads Lanyard Spaniard) Anyway enough of my yakkin’, Have a swatch of these two beauties I found in the attic. What a gorgeous pair of SG’s. The wine red one has a bolt on neck, and the sunburst is a replica of my old 500 that I had in the early 80’s built by Smiggs of Kirkcaldy. The replica has a glue in neck unlike the 2000 which was straight through and needed a brass sustain bar to improve the tone. This one is built to the same spec as a Gibson Les Paul and actually sounds like one. All pickups are Seymour Duncan and the 500 has a Di Marzio at neck with single coil.

Looking forward to seeing friends at this wonderful theatre in Dunfermline on the 19th.