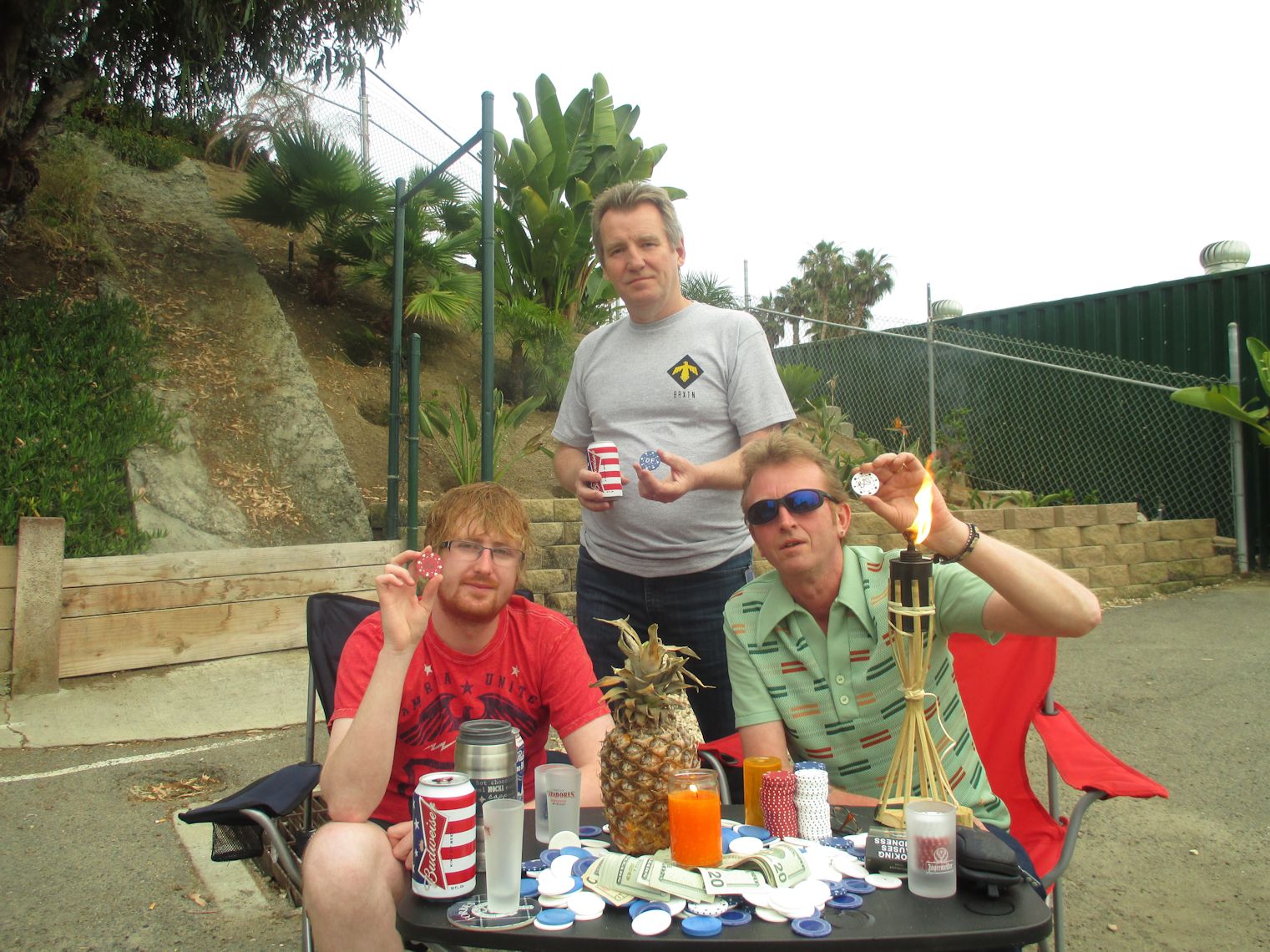 Well you may think that the boys in plaid have been taking it easy over the past few days but nothing can be further from the truth. Jamie, Derek and Bruce have been as busy doing an Ocean’s Eleven all through the state of Nevada.

Lake Tahoe, Reno and Vegas were all taken to the cleaners by the ‘Devils in skirts’, and boy did they come up trumps. Both Bruce and Derek got heavily involved in a Mexican domino ring and ended up beating Johnny Gringo ‘The Domino Kid’ in a grudge match that very nearly drew blood. Jamie on the other hand got roped into a crap game that was so crap he won 100 bucks. All in all a vast amount was taken in by Sir Derek of Forbes and his merry men in a game that was most definitely crap for the casinos but very lucrative for the check shirt brigade.