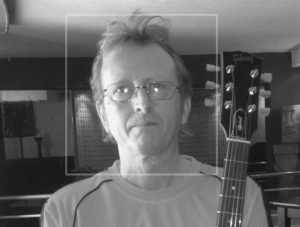 Roll up Roll up, the greatest show on earth is coming.

Scream in terror as the Kaleidoscope Kid reduces The Eclipse to a quivering wreck with his magic axe.

Watch in amazement as the Mighty Quill conjures up thunder then lays down the law.

Be scared shitless as Dr Octoban rides the wall of death with The Flying Scotsman strapped to his back.

Of course life on the road’s not really like that, is it, but it did grab your attention.
Well, that’s us into the first leg of the European tour and what a tour it’s been so far. It’s been ‘full on’ since last week, what with travelling up and down to London in order to visit the American embassy for visas. (Yes they let us in).

This is our first day off so I thought I would let you guys know how we are doing.
We are travelling by bus with eleven people on board. Its 09.30 am and everyone is asleep. The bus looks like it’s been involved in a huge motorway pile up with bags, clothes and bottles strewn over the tables and floor. This is normal, this is touring. This is what I call camping on wheels. Today we have been joined by Jenny who works for the promoter. She is a lovely lady so swear words and excessive farting has been kept to a minimum. The piss tank on bus is nearly full so Dirk our German driver has pinned a notice on the toilet door which reads “Ladies only, we only have limited pee storage, men please use outside”.

Ablution time usually starts around 10.30 am. The usual procedure is to find the nearest hotel, walk in confidently as if you are a guest, find the toilets, then casually walk in with baby wipes hidden under arm.

Mark has this down to a fine art and usually manages to get a full continental breakfast thrown in.

Mike has been really busy with the day to day running of the band and is so proactive that the rest of the entourage have nick named him Yakult.

I have also been busy programming two TC Nova delay pedals for Jamie and I. Jamie has never used a unit like this before and the first night he did, all I could hear was him shouting “fuck off” at it. He kept getting the patch numbers wrong which triggered off loads of weird and wonderful noises. I told him that shouting fuck off to the equipment wouldn’t make it work any better.

Derek has been wearing the kilt and military jackets on stage every night. The jackets are heavy duty and he keeps them on for the full concert in order to lose weight. His weight plan is working and after 4 days on the road there has been a noticeable difference. He is now fading away to a horse.