The casino is massive. The food is obscene and I have never seen so many one legged people in one room, what are they doing, selling of their legs to pay gambling debts.

The show was held in the Hard Rock Café and it was very emotional seeing Stuart’s Moon guitar on the wall. It did initially remind me of happy times as it was made during the recording of The Seer album back in 85/86. But seeing the guitar close up, it looked like an empty shell. It was a bit beaten up and weather checked. The nut was broken. The strings and machine heads were old and rusted and the frets were so badly worn I don’t think you would be able to coax a note out of it. Shame really as it was a fantastic guitar back in the day. It now resides high up on the wall next to Paul McCartney’s guitar. 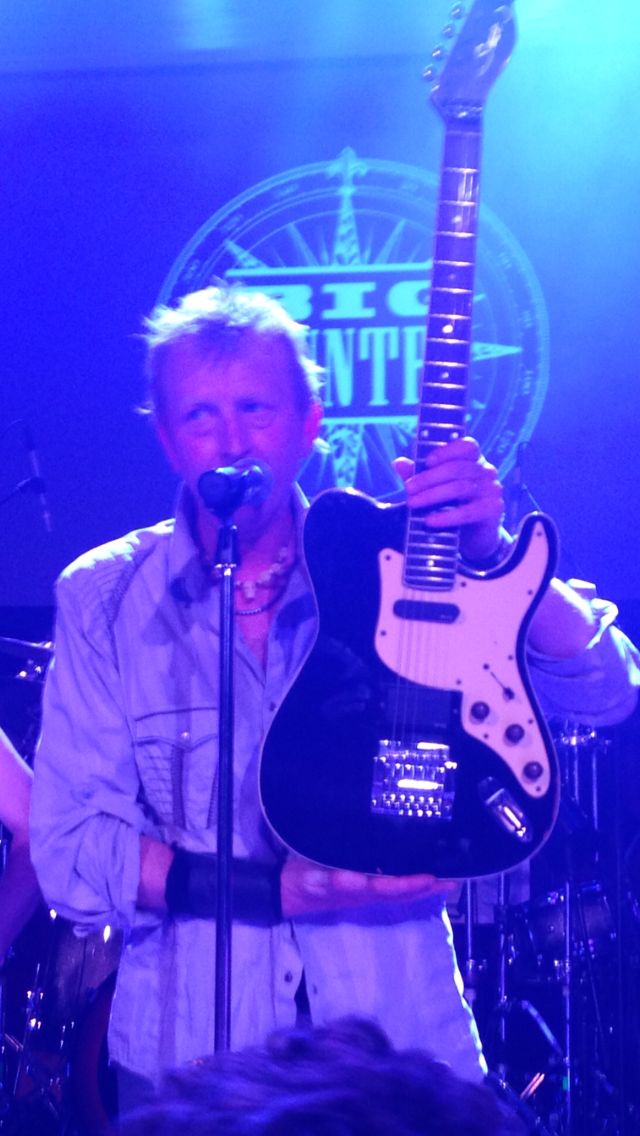