Well, I thought Austin was weird but how about this, land lubber? The good bus Titanic II limped heroically into the parking lot. Captain Jan and I were talking about mooring there the night before and the only connection we had with the town was the infamous pirate lover, ‘Connie from Little Rock’. Anyway, as I walked down the gangplank, I saw this elderly woman hobble towards me. This was no mermaid or siren I can tell you. Scared, I made a hasty retreat back to the ship but she got me in a pincer movement and tortured me for group information. I told her we were just a bunch of lost mariners stranded far from home but she sussed that we were a tour bus. She then introduced herself as Connie, the groupie from Little Rock. Shaken, I immediately piped myself back aboard and called Captain Jan. He came out and said hello, shook her hand and asked how she was. It had been around 20 years since their last encounter and after enquiring about her wellbeing she enquired, “Did I blow you?” To which Captain Jan replied “he couldn’t remember”.

As I have no photographic evidence of this encounter, here is a picture taken by a hobo on LSD of me playing Roy Orbison’s guitar outside RCA Victor studios in Music Row, Nashville. 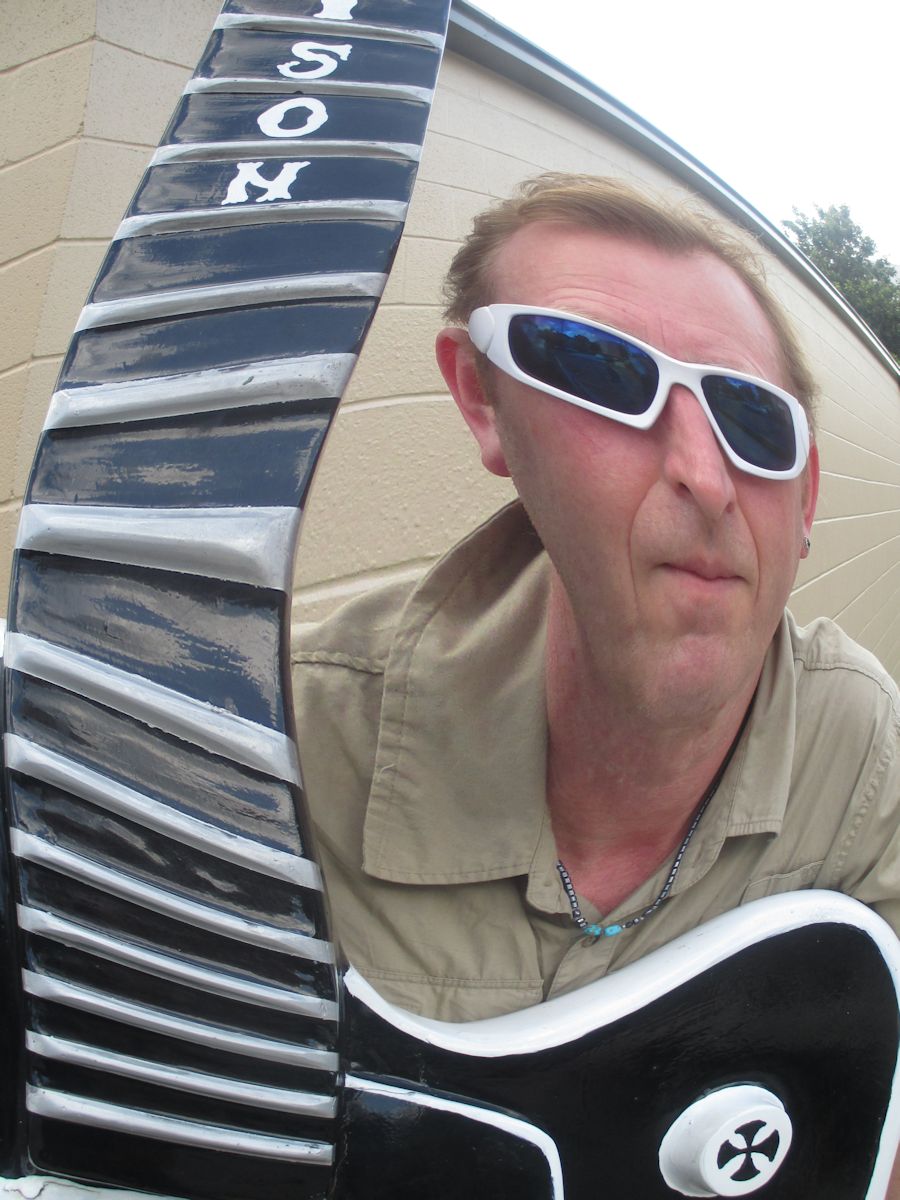