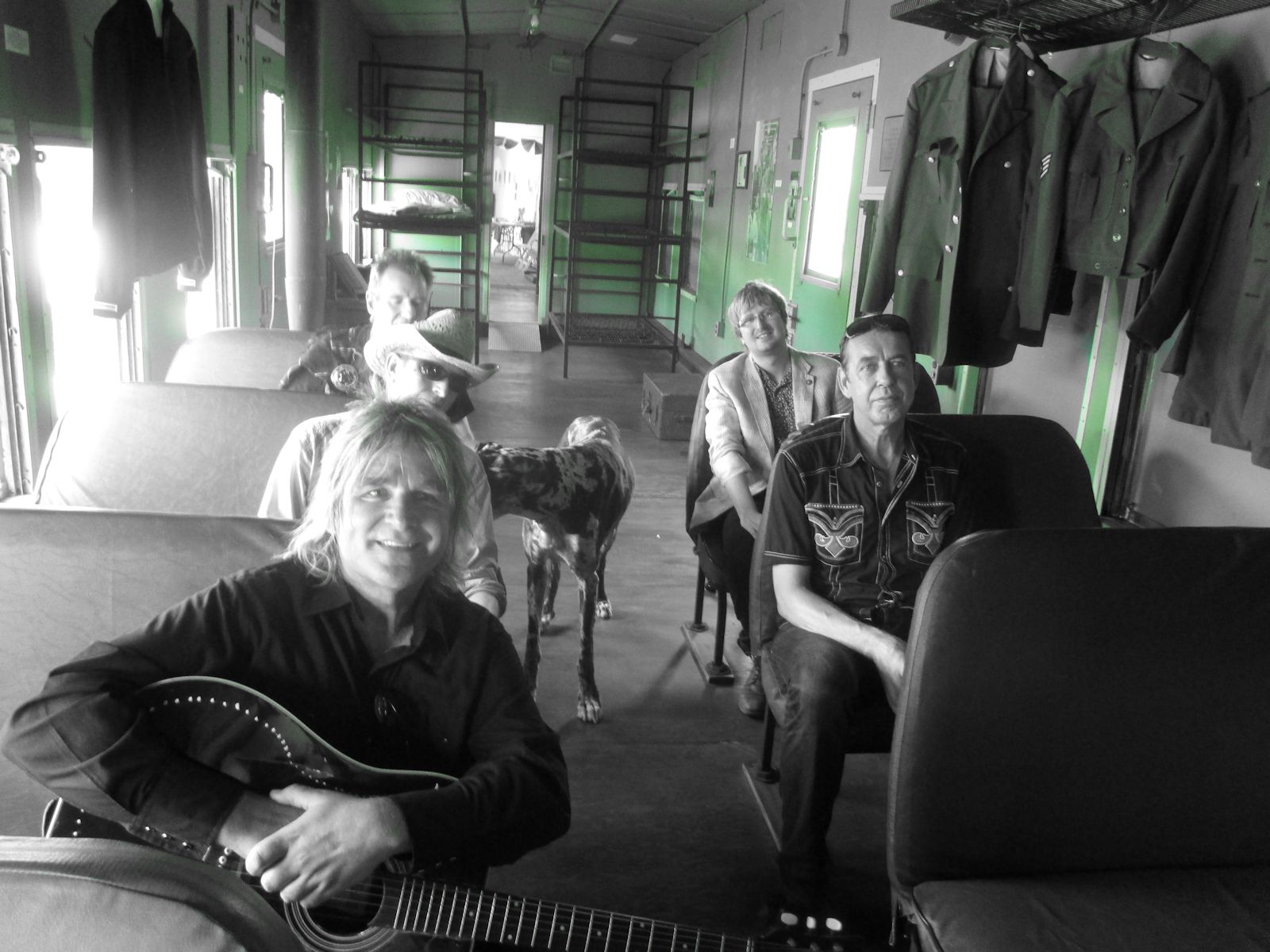 “Are we a bus?” shouts Ray upon pulling away from the truck stop. “Yes. We’re a bus.” is the usual reply, and we hit the road again. So far we’ve already left Jamie behind at a truck stop in Bum Fart, Nebraska thinking he was in his bunk sleeping which was an 8 hour round trip to get him back. Will got off the bus in Pig’s Testicle, Idaho to use the restroom and he was left behind. These mistakes are expensive and cost the band fuel, tolls, taxes and eat into the driver’s time. The simple solution is to hang your backstage pass on the steering wheel so the driver knows you are off the bus. This is one of the many problems that occur on the road.

Here is a little insight in to our world. That’s Mike leading us into another rousing chorus of 68 guns at the front. Only another 67 to go. Mark’s sitting in what’s known as the hot seat which is a bad place to be. Yes that’s last night’s stage costumes hanging up above him and the A/C is busted again. The canine shaped thing at the back performing an act of unspeakable vulgarity on Derek was almost road kill ’til he rescued him. He’s called Rodney and his bite is much worse than his bark. His farts are also rotten which explains the look of disgust on Mark’s face. Behind Jamie is our sleeping quarters. Notice the lack of modesty curtains, mattresses, pillows and comforters. The door to the right is the rest room which simply opens to the outside world, and believe me; you don’t want to take a rest there. Behind the sleeping quarters is the crew room. We don’t allow them to travel with us as we are the talent and are far superior intellectually to them. We do unchain them at truck stops but they always find their way back to the bus.

For some strange reason Jamie seems very happy in this picture. Whoever comes up with the funniest caption as to what he is thinking wins a free ticket to the Dunfermline Alhambra show in October.