Here is another picture from the attic. This is the day we got signed by Warner Bros in America. In this picture are Mo Austin, Ian Grant, Alan Edwards and Lenny Waronker. 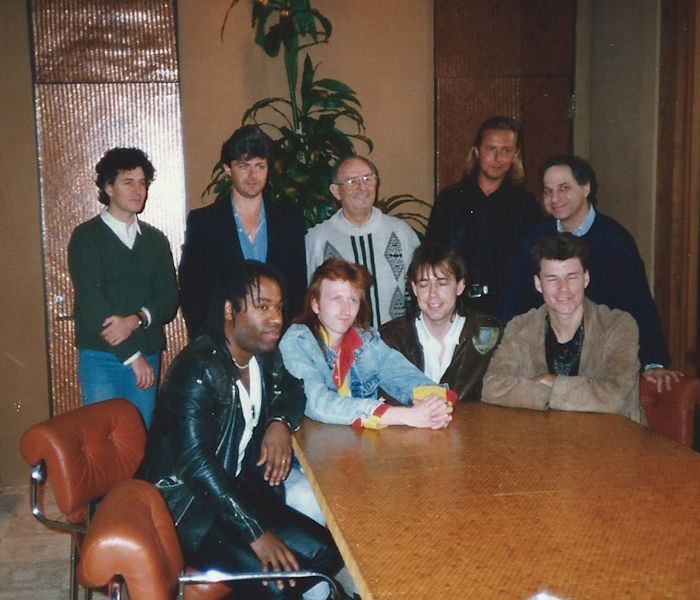 Mo was inducted into the Rock and Roll Hall of Fame in 2003 by Paul Simon, Neil Young, and Lorne Michaels. He is known among his colleagues as the most artist-friendly executive in the music business.

He was hired as president of Reprise Records by Frank. At Reprise he was involved with such artists as Ella Fitzgerald, Sammy Davis Jr, The Kinks and, guess who?

It was a privilege and a pleasure to be involved with those legendary people.